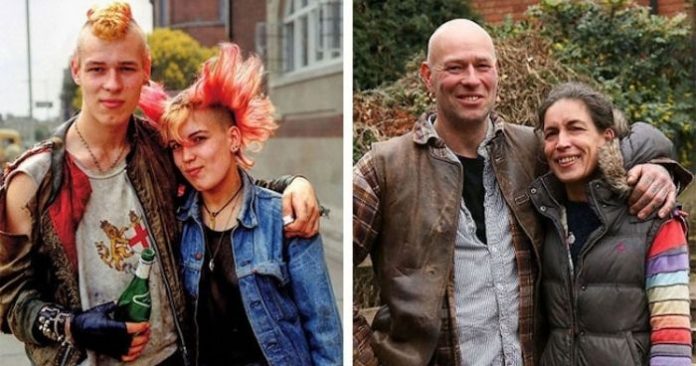 Sometimes we can’t really imagine how wonderful ideas people have in their minds. Chris Porsz also known as “paramedic paparazzo” is one of such people who came up with a wonderful thought. His idea seems unbelievable yet pretty awesome.

This story starts with Porsz capturing some random folks passes by around Peterborough city, East England in the late 70-80 decades as an amateur photographer while working as a paramedic. And almost 40 years later he wanted to recreate those old snaps with the same people. Sounds unbelievable, right? But for the past seven years, he was tracking down those strangers with this extraordinary idea.

Actually, he had to take really hard efforts to find those random people, to convince them of his purpose and bring them back to old positions. Likewise, he has to do so much planning, detecting, and negotiating works to make his dream come true. Some of the people who appeared in his old portraits have separated, some haven’t seen each other for years and some haven’t been there for decades. So, this wonderful photoshoot idea turned into a project of reuniting people as well.

Eventually, the result of his efforts and dedication is really captivating. The photographs show how things have changed, how people have grown up, and how their outlook and sense of fashion have changed too. Actually, this is a social experiment more than just a photoshoot. Proz has written a book titled ‘Reunions’ with writer Jo Riley to bring us this amazing social journey and it’s available now on his website.