NASA’s $1 billion spacecraft has captured new images of Jupiter that are mind-blowing. 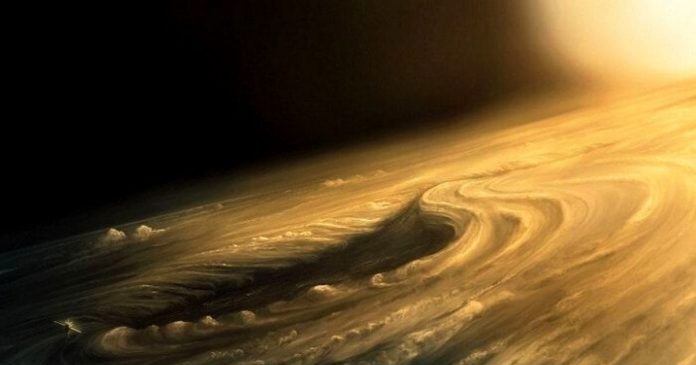 On April 6th, NASA’s $1 billion Juno probe completed its 11th high-speed voyage around Jupiter and returned incredible new images. While traveling at speeds of up to 130,000 mph, the incredible spacecraft reaches pretty near to our solar system’s largest gas giant planet and takes fresh photographs with its JunoCam sensor every 53 days.

The photographs may take days or even weeks to arrive, but the wait is well worth it. Countless whirling, hallucinogenic clouds and storms may be seen in the most recent collection of images. In late December, NASA and the Southwest Research Institute researchers posted the raw picture data to their websites. Hundreds of others have since converted the black-and-white files into stunning, calendar-ready color images.

In a tweet, Sean Doran, a UK-based graphic designer who routinely analyzes NASA photos, stated regarding the new photographs, “As gorgeous as a planet can get, but come too close and Jupiter will END YOU.”

The beauty of the gas giant is evident in these photographs. Here are some of Doran’s and other JunoCam lovers’ favorite new photographs and animations created with JunoCam data.

To avoid exposing electronics to Jupiter’s strong radiation fields, Juno’s orbit takes it far beyond Jupiter, then swiftly and tightly around the planet.