An 82-year-old man just discovered his lost wedding ring in his own garden’s carrot. 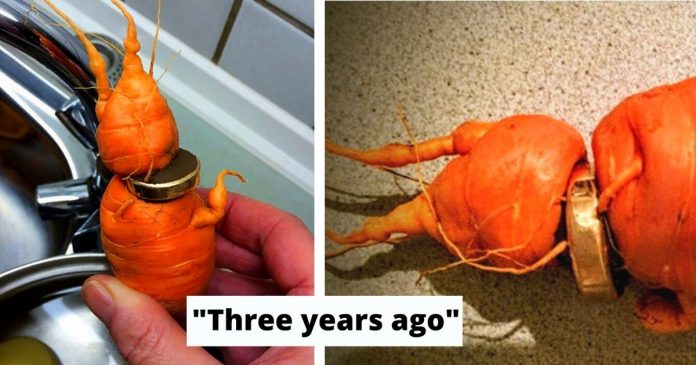 When this 82-year-old man lost his wedding band three years ago while gardening in Germany, he never expected to discover it again. Mother nature, on the other hand, had other intentions, and she chose to give it back to him in the most unexpected way conceivable. Recently, when checking on his carrots in Bad Müenstereifel, the guy was astonished to discover his wedding ring trapped in one of the crops! The carrot had pushed its way through the ring and brought it to the surface, allowing it to be reunited with its proper owner. His late wife was always confident that he’d find it again, and she was correct.

He discovered his ring, which was loaded with a carrot. It was a touching moment since it reminded him of his late wife. This ring was given to the appropriate owner by a carrot who thinks true love never dies.