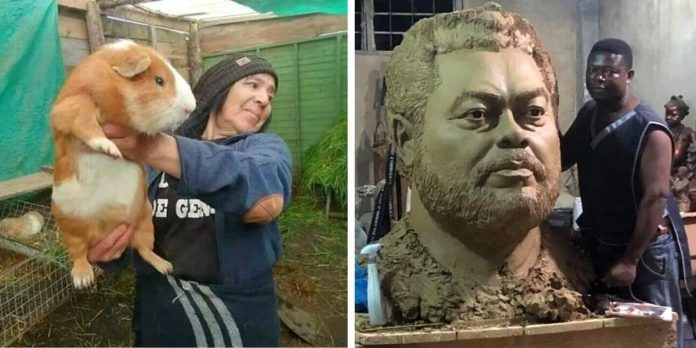 Big objects might be frightening, but they can also be adorable and amusing. If you’ve ever seen the ‘Absolute Units’ meme, you’ll know what I’m talking about. The meme focuses on large objects, animals, and humans.

There’s even a Reddit forum dedicated just to “Absolute Units” photography. The page “Lads you’re in awe at the size of” has almost 1.1 million followers who like looking at all sorts of incredible items on a regular basis. Some of their most popular posts are included in the gallery below.

#1 I was able to spend time with my folks’ dog during the holidays.

#2 a street vendor in Vietnam

#3 “Good artists may be found anywhere, even though many are overlooked (especially in the Third World).” Kumi Samuel is a Ghanaian.

#4 Meet Bonner, a wonderful therapy dog at the Children’s Hospital of Los Angeles.

#7 The Antonov An-225 Mriya is the world’s largest plane.

#8 In India, this is the absolute unit of Shiva Statue.

#10 Poncho was introduced to us through The Longest Longhorn To Ever Longhorn.

#11 Poncho was introduced to us through The Longest Longhorn To Ever Longhorn.

#13 In a Namibian museum, a quartz crystal cluster is on display.

#14 This eagle was observed in the Canadian province of Alberta.

#15 Antler Units on These Red Stags

#16 Over a thousand years old, this bonsai tree is one of the world’s oldest.

#19 This Bunny Has An Absolute Unit Of An Ear!