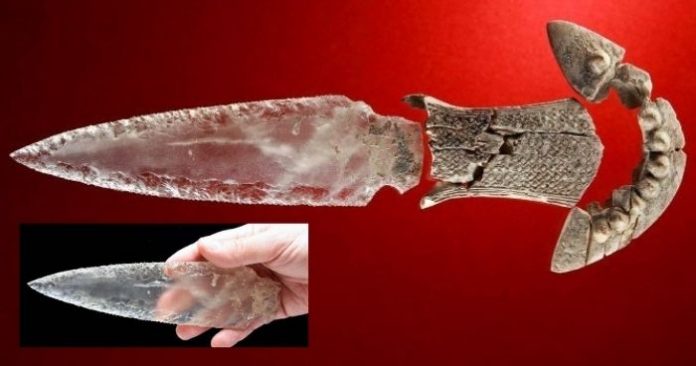 As we always existed to bring you incredible news with Bringside, today we are going to take you 5000 years back.

While we have seen many prehistoric weapons made with stones and bones, crystal weapons are a rare sight. This is about the discovery of a 5000-year-old extremely rare set of crystal weapons.

The Tomb of Monteiro tholos, which is made with long stretches and slate slabs, is where those amazing crystal weapons have been uncovered. This is an enormous archeological site located in Southwestern Spain.

Although the excavation runs between 2007 – 2010, the research study was published five years later as a collective effort of researchers from the University of Granada, University of Seville, Spanish Higher Research Council.

What was found in the Montelirio tholos?

The exact purpose of using crystal weapons is still a secret though, archeologists presume that they were performing some kind of ritual, most probably a funerary custom as 25 crystal arrowheads found together as a cluster.

And also 8.5 inches long dragger was found from a separate chamber with an ivory hilt and sheath.

The perfect shape blade and the graven hilt constate what an elegant weapon it used to be. No doubt it needed an ace of skill to make such daggers.

The other special thing is, a crystal mine hasn’t been found anywhere nearby. Might be rock crystal have been fetched from afar afield for few aristocracies who could afford and shape to the weapon.

However, it’s clear that this interesting discovery of crystal tools gives an opportunity to have an inward look at the culture of 3000 BCE.

The Meaning of Crystal Weapons